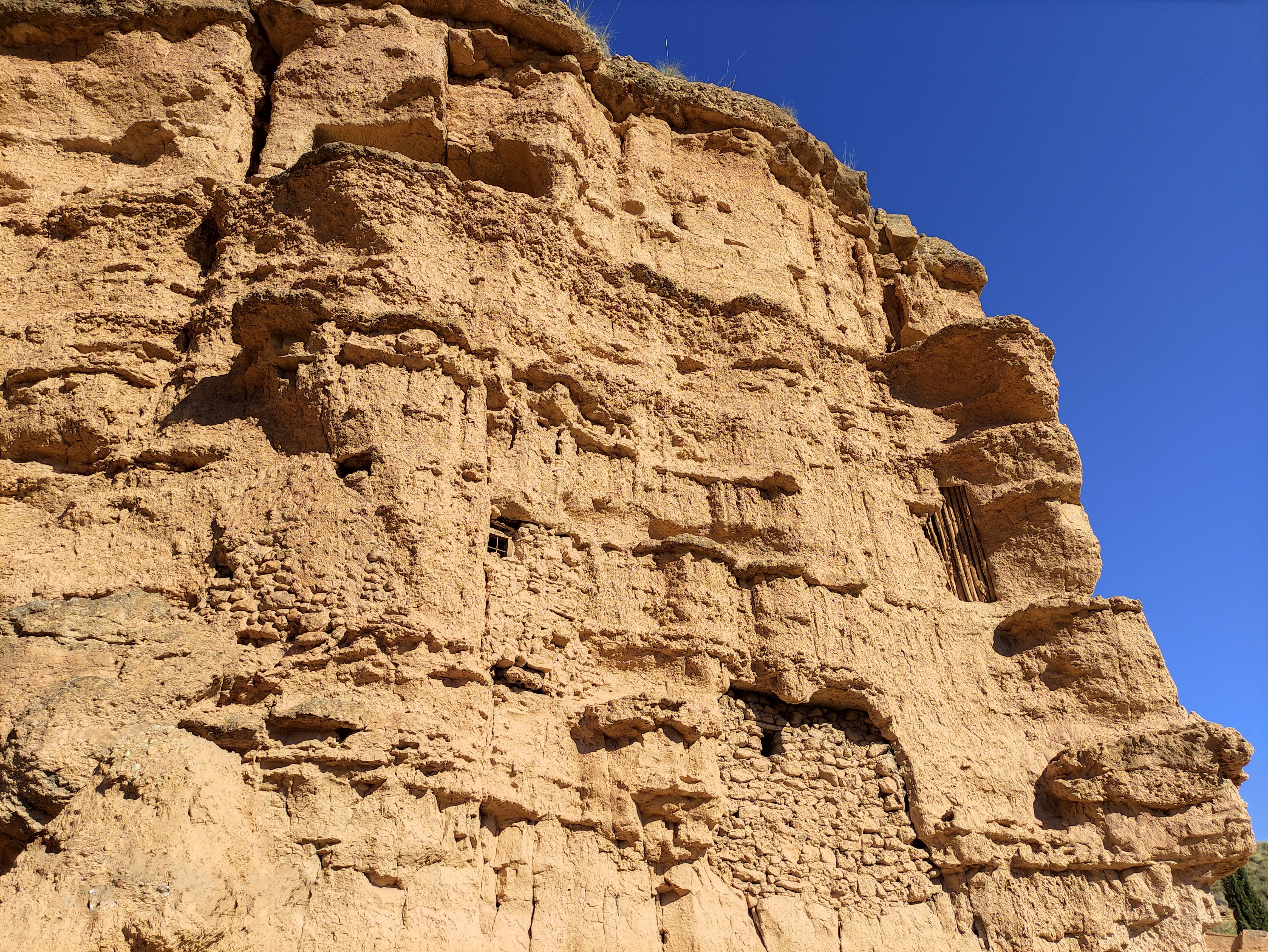 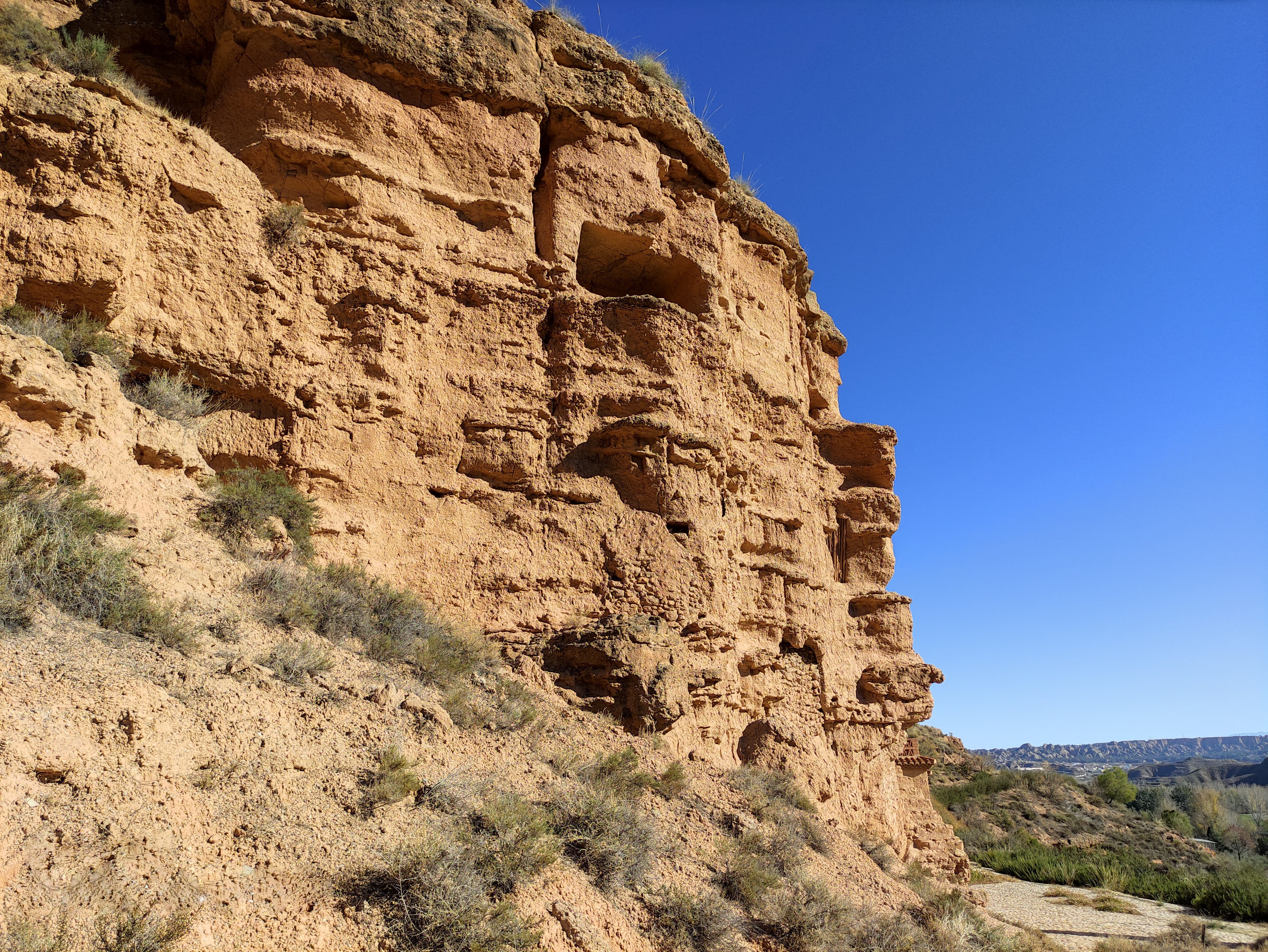 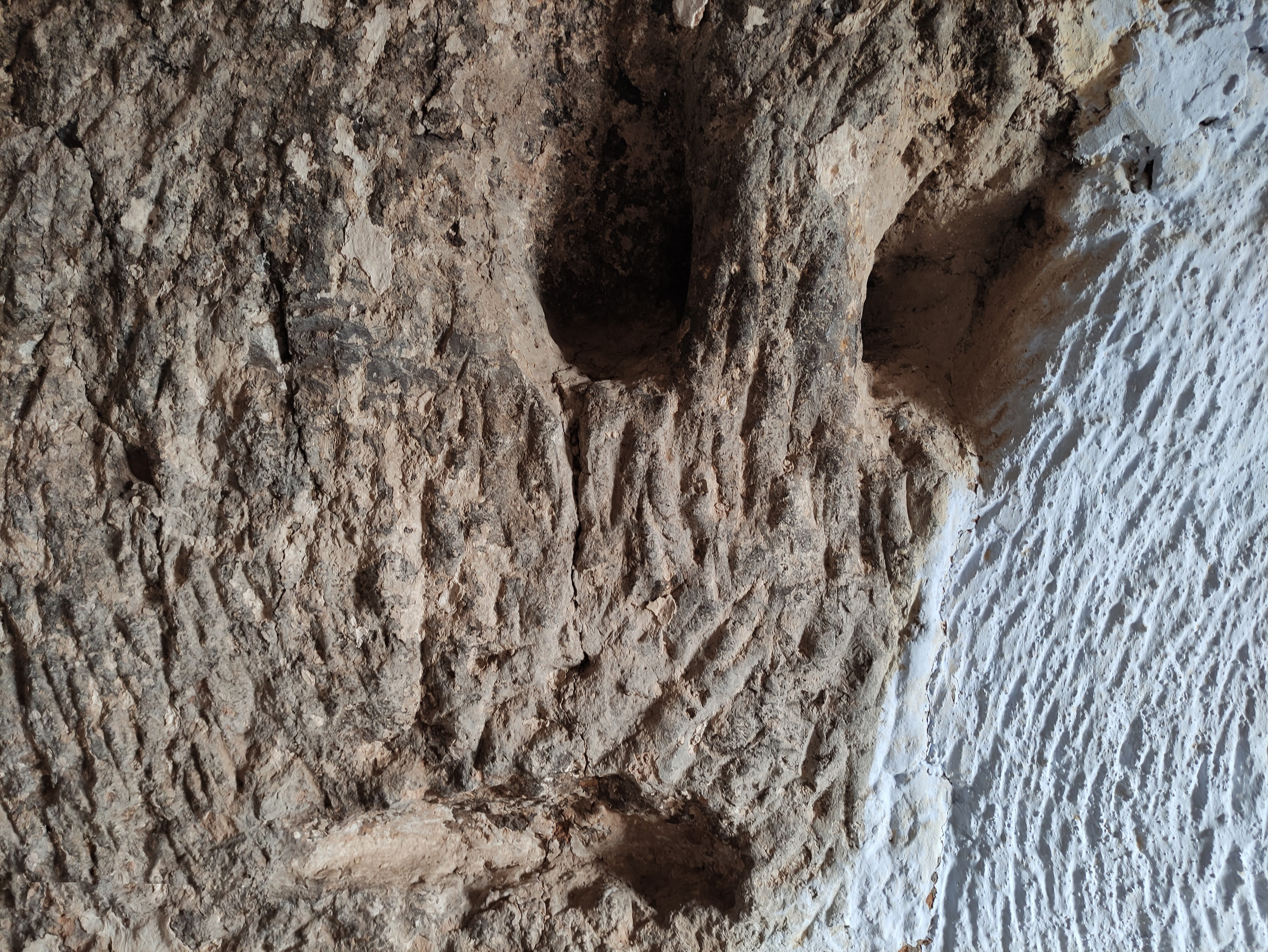 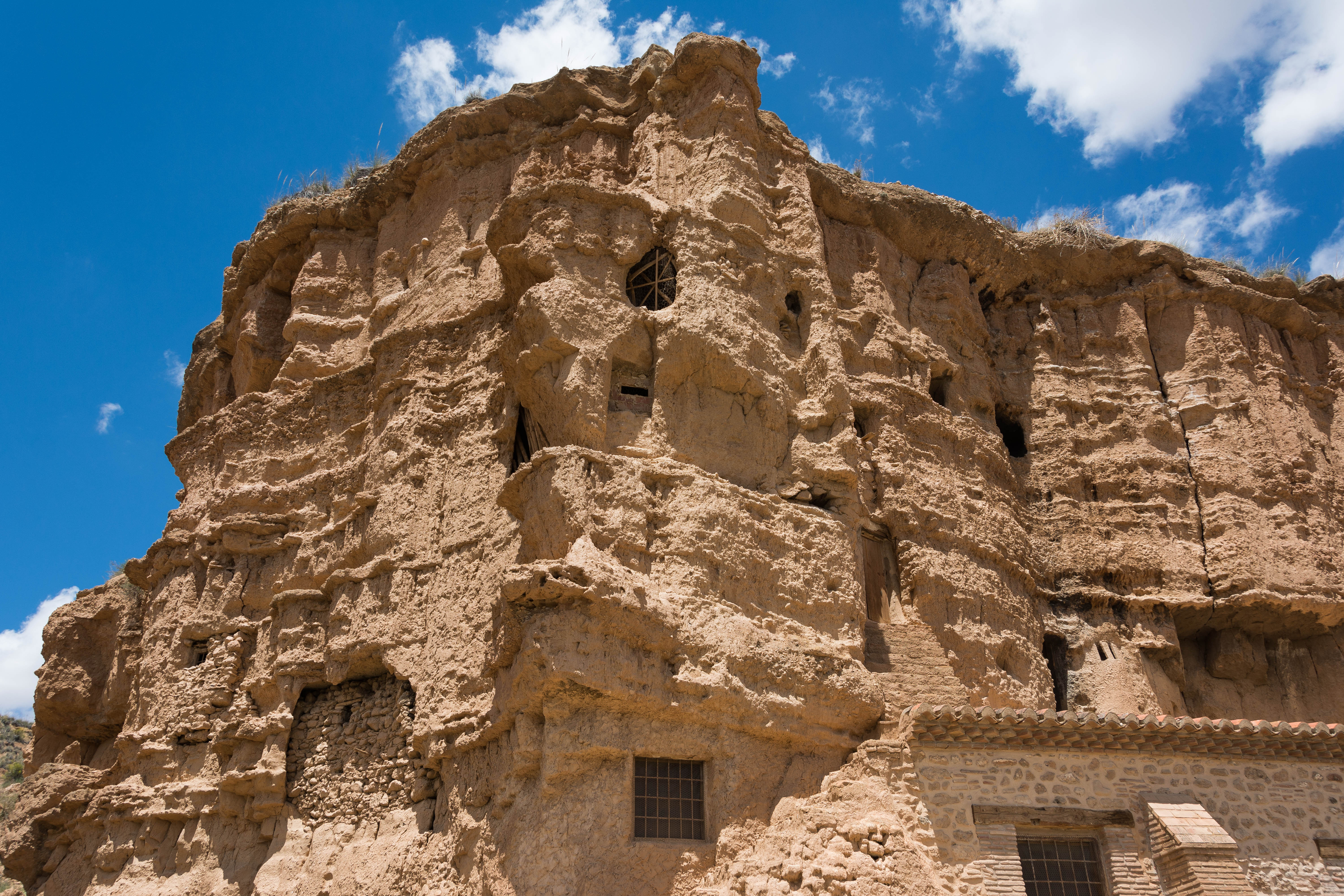 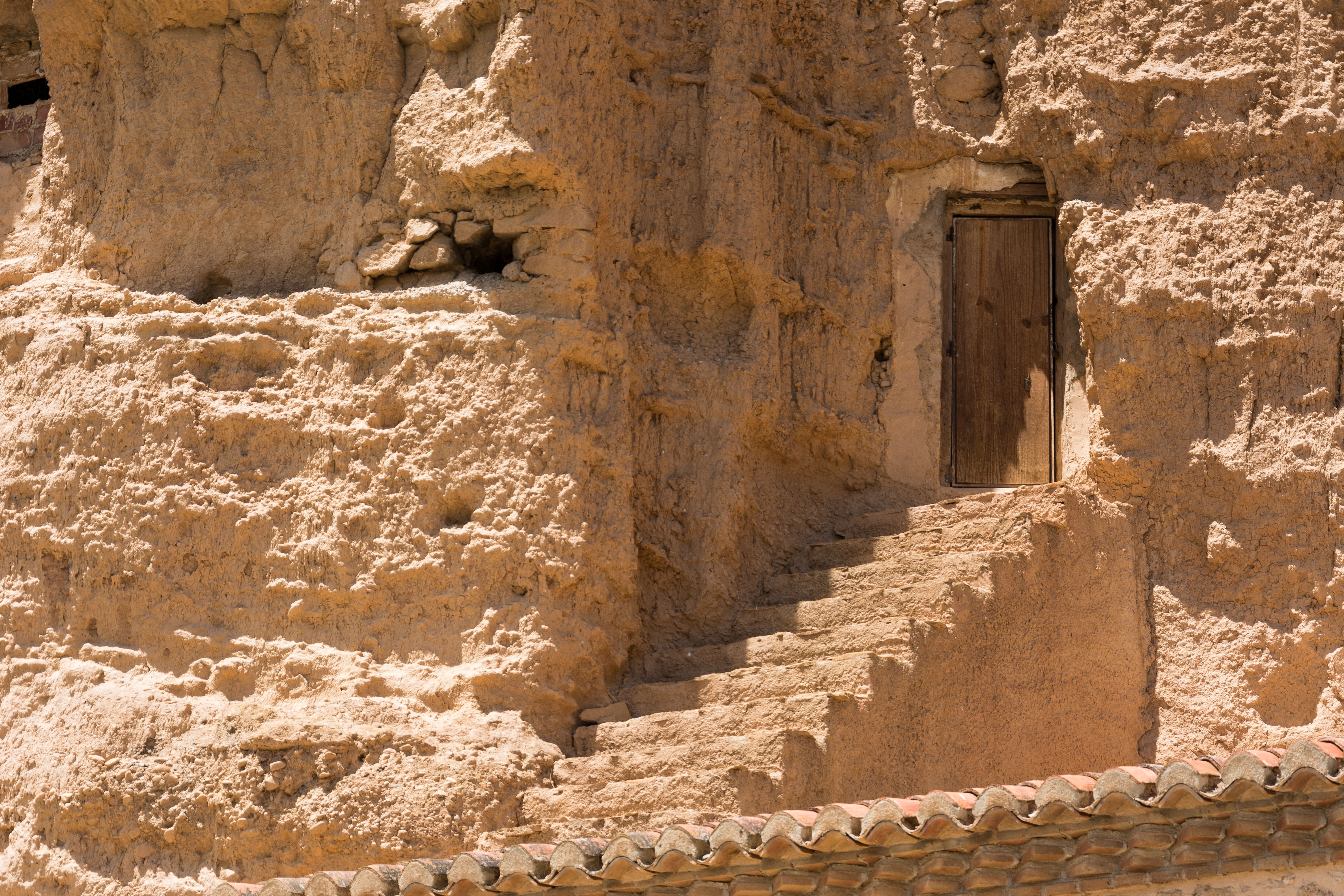 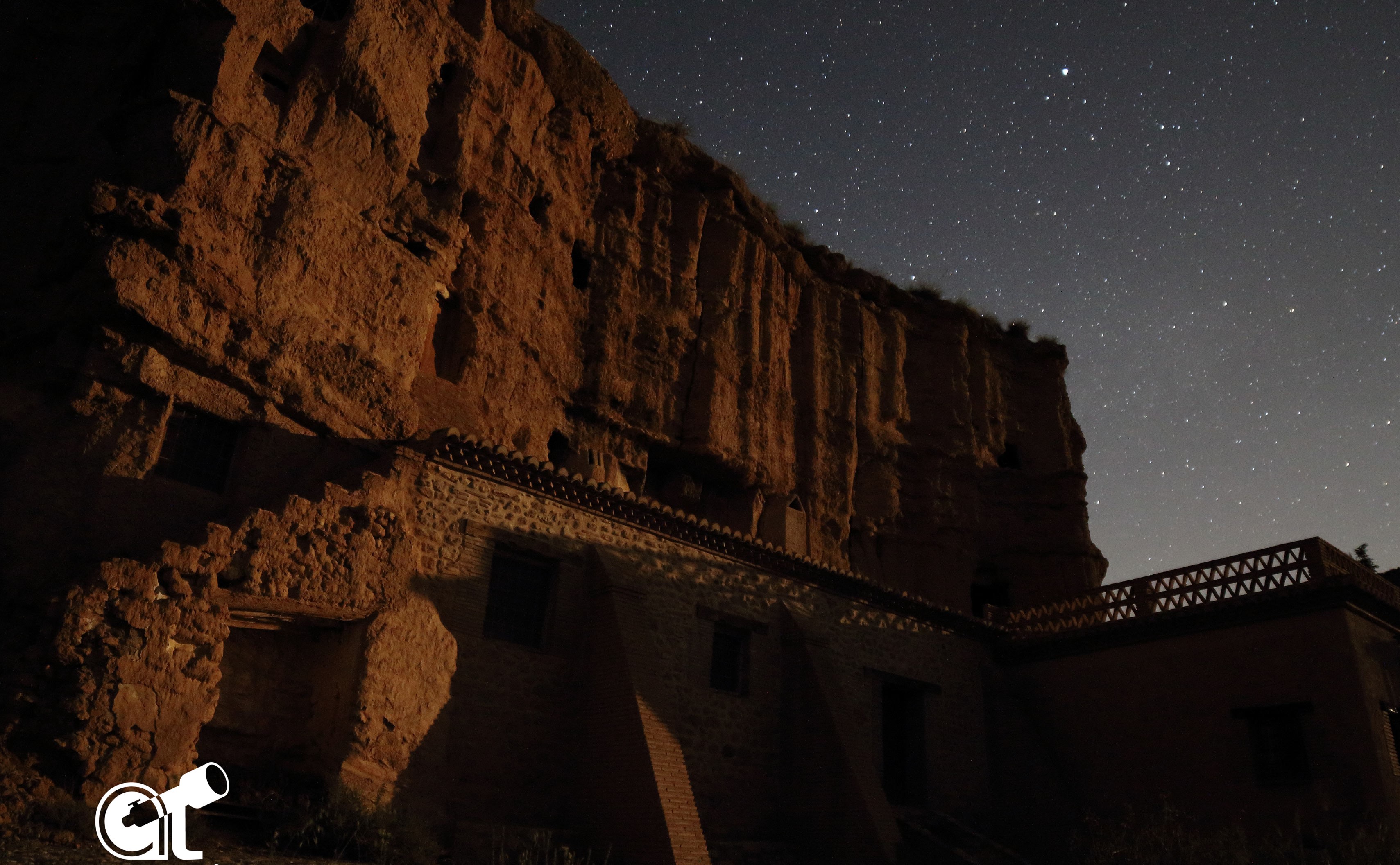 It's made up of about 40 windows, some of them with direct access to other rooms. They're set out in several levels but without forming regular floors, they're inserted according the horizontal arragement of the stone materials. Probably the most part of these rooms were thought to remain isolated, at least in the beginning.

Almost all of them have handles as anchor for ropes or torches; devices to fit doors (doorframes, furrows...) and little vaulted niches as light spot in the individual ones.

Nowadays we can find four wells-chimney to cross the difference in height between caves, the access is possible thanks to some notches on the wall.

On the upper level we find about 62 little vaulted niches in one room and 11 bigger ones in another. It's been used as pigeon house nowadays. Would it be that one its original function? Columbarium-Pigeon what relation is there ? Pharmacy. ..?

The rooms, almost all of them rectangular, have variable measures 3x 2.5 m of average. They weren't originally whitewashed, their ceillings are flat, and now they'are smoke-blackened. Was fire used inside, were the rooms burnt, both ..?

The different occupations have altered his first structure throughout history.

The interpretations about the use of the caves have been numerous:

There's a deep documentary and bibliographic gap about the caves, they remain as mute witness of an unknown history, difficult to date through lack of archaeological materials, inscriptions or other data.